Brought to you by Property Rights Australia, together with 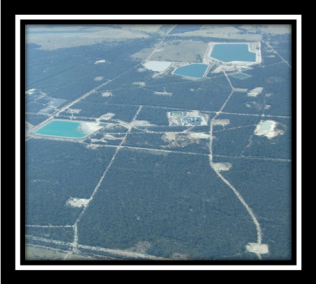 Coal seam gas companies have the right to unlimited drawdown of aquifers.  In May after the release of Arrow’s EIS & the Qld Water Commission report, for the first time there was an indication of the cumulative effect of the entire CSG industry on water aquifers.  Many questions remain unanswered including future water quality, water availability and whether ‘make good’ provisions will actually work.

Tom Marland of Creevey Russell will address the legal ramifications

Max Winders at the Wandoan & Condamine meetings and John Hillier at Cecil Plains will provide further understanding about water hydrology.

Sharyn Munro author of the recently published book Rich Land Wasteland will also speak.  Sharyn spent nearly a year travelling through rural Australia visiting coal-mining areas and those under threat from coal and CSG. Sharyn’s book is an easy read and a must for anyone touched by the mining experience and most who think that mining is not relevant to them.

In an election at the first teleconference of the new board that was put in place at the Annual Conference, held in Rockhampton Joanne Rea was again elected Chairman.  Dale Stiller was elected Vice Chairman, Ron Bahnisch was elected Secretary and Trent Hindman was elected Treasurer.  It has been an eventful and challenging two years and I have no regrets.  We’ve got a good proactive board.

The Institute of Public Affairs (ipa) is a conservative think tank which is reliant on membership to carry out its activities.  Our Conference speaker Tim Wilson was from the ipa and ipa also brought Donna Laframboise from Canada for a speaking tour where she was introduced by past speaker at our PRA Conference and ipa contributor Dr. Bob Carter.

Donna Laframboise is an author and journalist who, in her book “The Delinquent Teenager Who was Mistaken for the World’s Top Climate Expert,” has peeled the layers back from many of the claims made by the UN’s Intergovernmental Panel for Climate Change (IPCC).  Their claims that they use only the best experts and peer reviewed science are dealt with speedily and efficiently.  The process of review, or more accurately non-review is exposed, with checks and balances either non-existent or toothless.

Also exposed is the conflict of interest, which almost no-one seems to be noticing, of having a very large proportion of authors, lead authors and reviewers who have strong connections with WWF and in some cases Greenpeace.  Piece by piece the credibility of the IPCC is torn apart and the conclusion drawn that the IPCC is not only not a neutral evaluator of the science but has a preordained agenda and is not a science organisation at all. Rather it is simply a political organisation with bureaucrats calling the tune.

The summary of its “Climate Bible” which is most relied on by governments is not even completed by scientists.  Rather, the first draft is written by the scientists and then it is examined and edited line by line in a plenary session of bureaucrats which has environmental organisations as observers but no journalists.  Donna Laframboise’s conclusions are unmistakable.  Her research is enormous and documented in all cases back to source documents.  What is stunning is that mainstream media from around the world are studiously ignoring the giant holes in the credibility of the IPCC.

Trent Hindman has kindly offered the following discount on Leader NLIS tags.  $2.30 per NLIS tags plus GST includes free applicator.  When ordering please quote APR #1 account.  The offer is from Gofarm only and only for PRA members.  Tags can be ordered via the Rockhampton, Chinchilla or Roma Gofarm shops